Newsletter July 2011 – The Faces of US Immigrants: The Founding Fathers 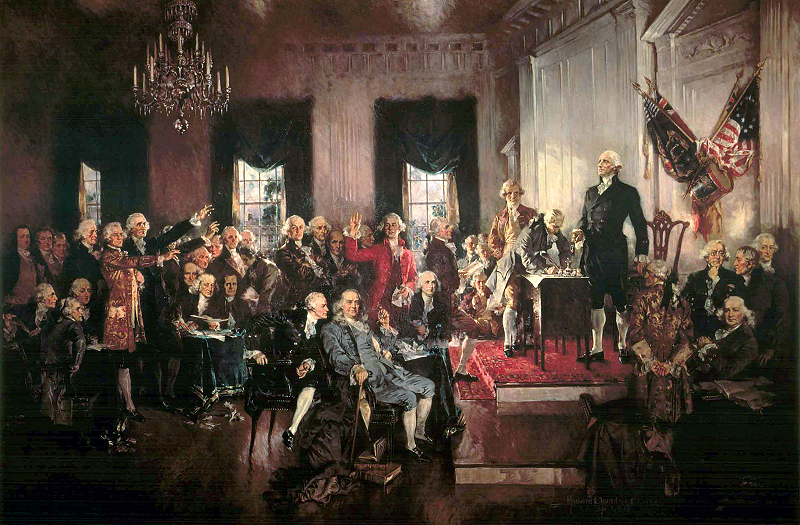 IN THIS ISSUE:
The Day Independence was Declared
Journalist Jose Antonio Vargas
U.S. Citizenship and the Oath of Allegiance This July 4th
The Bill of Rights, the First 10 Amendments of the U.S. Constitution
Recipes From The Melting Pot: The Hamburger, An American July 4th Staple

The Faces of US Immigrants: The Founding Fathers

As most of you know, the Founding Fathers of the United State were British subjects prior to the American Revolution. After they obtained independence, they became some of the first U.S. Citizens. Some historians define the “Founding Fathers” as to include not only the Signers and the Framers but also all those who, whether as politicians, jurists, statesmen, soldiers, diplomats, or ordinary citizens, took part in winning American independence and creating the United States of America. In his 1973 book, Seven Who Shaped Our Destiny: The Founding Fathers as Revolutionaries, American historian Richard B. Morris, identified the following seven figures as the key Founding Fathers, and for the sake of brevity, we will focus on only these seven (alphabetically):

John Adams: (October 30, 1735 – July 4, 1826) was an American statesman, diplomat and political theorist. One of the leaders for independence in 1776, he was the second President of the United States (1797–1801). A New Englander, Adams, a prominent lawyer and public figure in Boston, was highly educated and represented Enlightenment values promoting republicanism. A Federalist, he was highly influential and one of the key Founding Fathers of the United States.

Benjamin Franklin: (January 17, 1706 – April 17, 1790) was one of the Founding Fathers of the United States. Franklin was a leading author, printer, political theorist, politician, postmaster, scientist, musician, inventor, satirist, civic activist, statesman, and diplomat. He was the author of Poor Richard’s Almanac. Franklin invented the lightning rod, bifocals, the Franklin stove, a carriage odometer, and the glass ‘harmonica’. He established the first public library in America and the first fire department in Pennsylvania.

Alexander Hamilton: (January 11, 1755 or 1757 – July 12, 1804) was a Founding Father, soldier, economist, political philosopher, one of America’s first constitutional lawyers and the first United States Secretary of the Treasury. He has been described as one who “more than any other designed the Government of the United States.” As Secretary of the Treasury, Hamilton was the primary author of the economic policies of the George Washington Administration, especially the funding of the state debts by the Federal government, the establishment of a national bank, a system of tariffs, and friendly trade relations with Britain. He became the leader of the Federalist Party, created largely in support of his views, and was opposed by the Democratic-Republican Party, led by Thomas Jefferson and James Madison. He died from wounds he obtained from his famous duel with his political rival, Aaron Burr.

John Jay: (December 12, 1745 – May 17, 1829) was an American politician, statesman, revolutionary, diplomat, a Founding Father of the United States, and the first Chief Justice of the United States (1789–95). As governor of the State of New York, he led the fight to free the state of slavery of which he helped pass laws to that effect.

Thomas Jefferson: (April 13, 1743 – July 4, 1826) was the principal author of the Declaration of Independence (1776) and the third President of the United States (1801–1809). One of the most influential Founding Fathers, Jefferson envisioned America as a great “Empire of Liberty” that would promote republicanism. Once good friends with John Adams, they had a falling out when Adams ran against Jefferson for the presidency. Near the end of their lives, Adams and he tried to rekindle their friendship. Interestingly, they died within hours of one another on July 4th, 1826.

George Washington: (February 22, 1732 – December 14, 1799) known as the “Father of Our Country”, he was the dominant military and political leader of the new United States of America from 1775 to 1799. He led the American victory over Great Britain in the American Revolutionary War as commander-in-chief of the Continental Army in 1775–1783, and he presided over the writing of the Constitution in 1787. Washington was the unanimous choice to serve as the first President of the United States (1789–1797), Washington presided over the creation of a strong, well-financed national government that stayed neutral in the wars raging in Europe, suppressed rebellion and won acceptance among Americans of all types. His leadership style helped to set the precedence of our form of governance, establishing the use of a cabinet system and delivering an inaugural address.