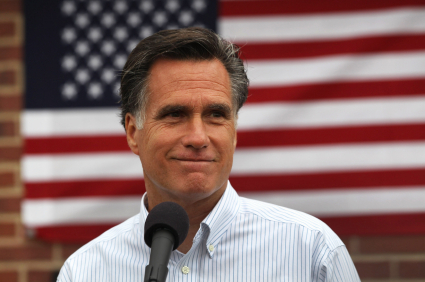 IN THIS ISSUE
The U.S. Naturalization Civics Test
EB-5 Program to End?
Silicon Valley Funding DREAMs
The Faces of US Immigrants: Augustus Saint-Gaudens, An Irish-American Sculptor
Recipes From The Melting Pot: Irish Soda Bread, A St. Patrick’s Day Favorite
Quote of the Month

He supports the deportation of illegal immigrants, prioritizes a secure border as well as employer verification. He opposes granting amnesty to illegal aliens but has said that “[He doesn’t] believe in rounding up 11 million people and forcing them at gunpoint from our country.”

Romney supports giving “a biometrically-enabled and tamperproof card to non-citizens and establish a national database for non-citizens” to reduce illegal immigration.

He has criticized what he called the sanctuary city policies of cities “like Newark, San Francisco and New York City . . .” and has called for cutting off federal funds to such cities.

But while sounding very restrictive when it comes to his stances on immigration issues, Romney has tended to donate to candidates with more liberal immigration stances than himself.

Santorum opposes benefits for illegal aliens, comprehensive immigration reform, supports a border fence and the stationing of National Guard troops along the border. However, he has hinted at providing some method of “dealing with” those already in the US. Santorum has been critical of granting amnesty to illegal aliens in exchange for border security in the future.

Santorum opposed the 2006 attempt to achieve comprehensive immigration reform and cited that position often in the election cycle. Senator Santorum also cited his opposition to plans to grant social security and other benefits to illegal aliens who have lived in the US throughout the election.

He believes English should be established as the national language in the United States.

Santorum often cites his own family’s history as proof of how to immigrate “the right way”. His father immigrated to the United States from Italy.

Next month, we will feature Newt Gingrich and Ron Paul. In the meantime, if you think you are a legal permanent resident who is eligible for U.S. Citizenship, don’t wait and apply. You may get your citizenship in time to vote in the national election in November, 2012.