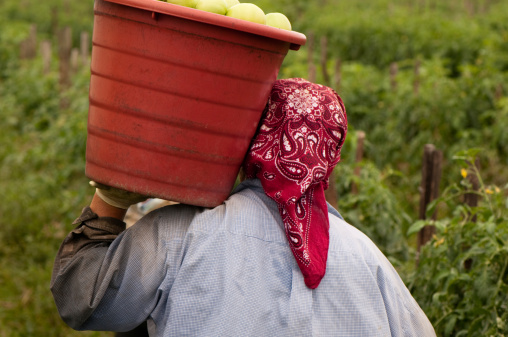 IN THIS ISSUE
Employment-based Green Cards: Trends in this Economic Environment
The 2013 Green Card Lottery Has Ended
Some Quick Holiday Travel Tips
President Abraham Lincoln and Thanksgiving Day
The Faces of US Immigrants: Andrew Carnegie
Recipes From The Melting Pot: Thanksgiving Turkey, An American Tradition
Quote of the Month

Something Still Smells Rotten in Alabama and Now We Know Why

Last month, we wrote an article regarding Alabama’s immigration law, SB 1070, that went into effect in September 2011. The bill makes it a crime to be without proof of your immigration status (i.e. a U.S. citizen or legal permanent resident), requires law enforcement to check the papers of anyone they suspect of being undocumented, mandates that public schools check the legal status of their students, abrogates any contract made with an undocumented immigrant, and makes it a felony for undocumented immigrants to contract with a government entity (including for such basic human rights as having water connected to your house).

The Immigration Team of Center of American Progress has compiled a list of what enacting anti-immigration laws does to a state.

Here are 10 really interesting numbers you need to know about Alabama’s anti-immigrant law as put together by the Center for American Progress and printed here for your information:

1. 2.5 percent—The percentage of Alabama’s population that is undocumented. That makes Alabama 20th in the nation in terms of the number of undocumented immigrants (120,000) residing there, well below states such as California (more than 2 million) or even Colorado (180,000).

2. $40 million—A conservative estimate of how much Alabama’s economy would shrink if only 10,000 undocumented immigrants stopped working in the state as a result of H.B. 56.

3. $130 million—The amount Alabama’s undocumented immigrants paid in taxes in 2010. These include state and local, income, property, and consumption taxes. This revenue would be lost if H.B. 56 were to do its job and drive all unauthorized immigrants from the state.

4. $300,000—The amount one farmer, Chad Smith of Smith Farms, estimates he has lost because of labor shortages in the wake of H.B. 56. Another farmer, Brian Cash of K&B Farm, estimates that he lost $100,000 in one single month because of the law.

5. 2,285—The number of Hispanic students who did not attend class on the first Monday following the judge’s ruling upholding key parts of H.B. 56., including the provision mandating schools to check the immigration status of students.

6. 15 percent—The percentage of absent Hispanic students (at peak) too afraid to attend school, comprising 5,143 children, since the law went into effect.

7. 1.3 percent—The percentage of Alabama schoolchildren who are not citizens of the United States. H.B. 56 intends to expend considerable resources to drive out a small percentage of the school-age population.

8. 2,000—The number of calls made in the first week to the Southern Poverty Law Center’s hotline. Calls to hotline are reporting civil rights concerns related to the impact of H.B. 56, highlighting the extreme anxiety among the immigrant population.

9. $1.9 million—The amount of money that was spent by Arizona to defend S.B. 1070, a similar anti-immigrant law. The Arizona litigation is ongoing and can expect higher costs. With Alabama already facing multiple rounds of legal challenges, their costs are certain to be just as high, if not higher.

10. $2.8 billion—What it would cost the government if they were to deport all 120,000 undocumented migrants in Alabama. Each deportation costs American taxpayers $23,482.