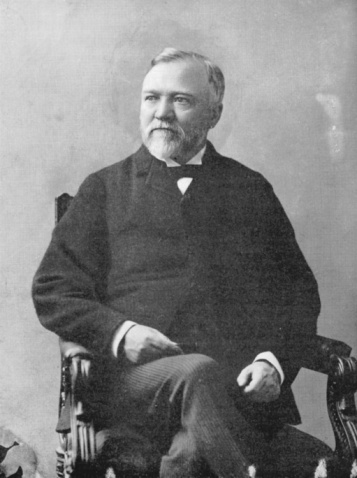 IN THIS ISSUE
Something Still Smells Rotten in Alabama and Now We Know Why
Employment-based Green Cards: Trends in this Economic Environment
The 2013 Green Card Lottery Has Ended
Some Quick Holiday Travel Tips
President Abraham Lincoln and Thanksgiving Day
Recipes From The Melting Pot: Thanksgiving Turkey, An American Tradition
Quote of the Month

The Faces of US Immigrants: Andrew Carnegie

Andrew Carnegie was a Scottish-American industrialist, businessman, and entrepreneur, born in Dunfermline, Scotland on November 25, 1835. He was one of the people who led the enormous expansion of the American steel industry in the late 19th century. In addition, he was one of the most important philanthropists of his time.

Carnegie’s family migrated to the United States in 1848 when he was 13 years old. His first job in the United States was as a factory worker in a bobbin factory. Later on he became a bill logger for the owner of the company and soon after became a messenger boy. Eventually he progressed up the ranks of a telegraph company. He earned most of his fortune in the steel industry. In the 1870s, he founded the Carnegie Steel Company, a step that cemented his name as one of the “Captains of Industry”. By the 1890s, the company was the largest and most profitable industrial enterprise in the world. Carnegie sold it in 1901 for $480 million to J.P. Morgan, who created U.S. Steel.

Carnegie devoted the remainder of his life to large-scale philanthropy, donating most of his money to establish many libraries, schools, and universities in the United States, the United Kingdom, Canada and other countries, as well as a pension fund for former employees. He built Carnegie Hall and founded the Carnegie Corporation of New York, the Carnegie Endowment for International Peace, the Carnegie Institution of Washington, Carnegie Mellon University and the Carnegie Museums of Pittsburgh.