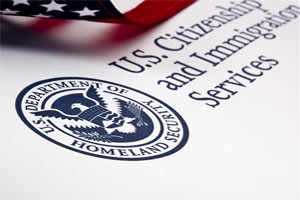 Beginnings of Department of Homeland Security

In the wake of the horrific terrorist acts on the Twin Towers, the United States government decided that they had to tighten up the issuing of nonimmigrant visas because they discovered that most of the plane hijackers were traveling with legal U.S. documents. Others were reportedly in the country illegally, overstaying their visas. Because of this, immigration became a big topic of homeland security.

In June 2002, George W. Bush presented his proposal for the new DHS to Congress. The document states that the President had decided the nation needed a "more unified homeland security structure." At the time, 22 agencies coordinated the efforts this new department would encompass. These included agencies like U.S. Secret Service, U.S. Coast Guard and FEMA. The following bullet points were outlined in the President's proposal and served as arguments as to why a DHS would be a good idea.

The Homeland Security Act passed in Congress in November 2002. It became a Cabinet-level department. The duty of the Cabinet is to inform and guide the President.

Prior to the official creation of the DHS in March 2003, immigration was handled by the United States Immigration and Naturalization Service (INS) within the Department of Justice. The INS stopped existing and three agencies within the DHS became responsible for INS duties:

The DHS has set priorities for handling cases. Terrorism is the highest, national security the next highest, criminal the middle, and immigration the lowest priority. It is important to note that the department has received heavy criticism for increasing the number of deportations even though the cases of terrorist, national security and criminal threats from immigrants have decreased since 2001.

Decade Before vs. Decade After DHS: