Immigrant friendly cities spring up in the Midwest

According to The Council of State Governments, during the recession many cities in the Midwest experienced population declines. As jobs disappeared, residents fled in search of better opportunities. This left many cities decimated and in need of an economic boost. Fortunately, that stimulus has arrived, though not in the way many thought it would happen.

The great Midwestern migration
Eager to return capital to their states, many cities in the Midwest have become “immigrant friendly,” The New York Times reported. One such eager city is Dayton, Ohio, where the City Commission has created programs to attract prospective residents.

For years, Dayton’s neighborhoods have been “ghost towns,” according to The Times, with empty houses littering the landscape. Recently, however, about 400 Turkish families have moved to the city. Neighborhoods once again have nice homes with new roofs, fresh paint and cut lawns. Immigration to the area has seemed to create a rejuvenation. Many of the Turks living in Dayton are refugees who left Soviet bloc countries to seek a better life.

Changes
To facilitate the immigration boom in Dayton, libraries added foreign language books, teachers learned new languages and local groups have given classes on starting a small business. Police no longer check the immigration status of someone witnessing in a trial. The enthusiastic welcome is paying off, as the new residents have opened restaurants, shops and trucking businesses.

“We’ve found that we can repopulate our city and we can educate the people and inspire them to employ themselves,” Dayton’s Mayor Gary Leitzell, told The Times. “In 10 years, when the federal government figures everything out, we’ll be thriving.”

Time is running out for Diversity Visa 2021 applicants 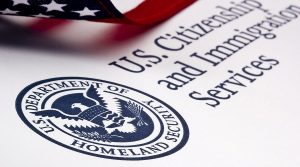