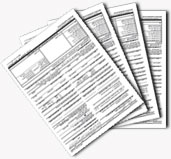 If you need help or have questions for customer service, contact us