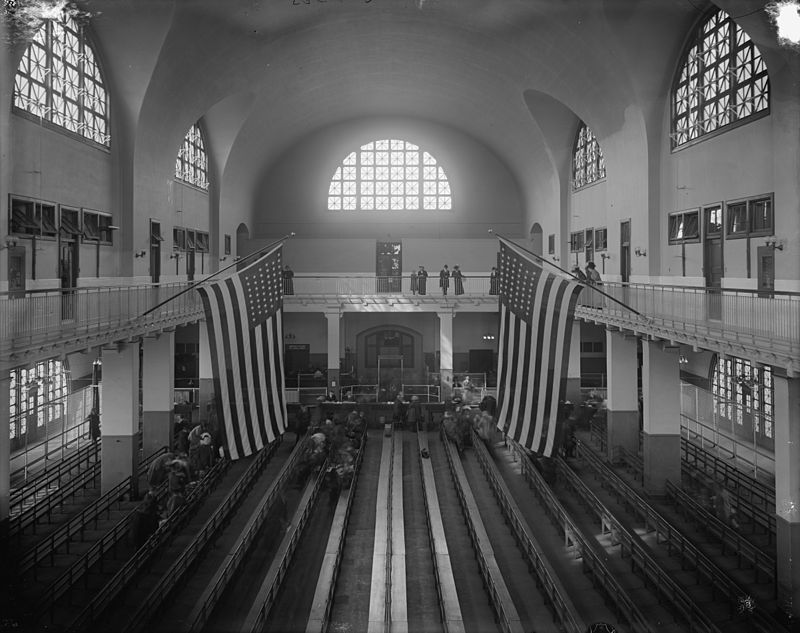 World War I was the setting for huge numbers of immigrants coming to the U.S.—particularly from Russia.

The Bolshevik Revolution that would found the Soviet Union saw an uprising of peasants overthrow the imperialist country’s royalty and upper class—some of whom were represented though immigrants to the U.S. of the period. Looking back, the demographics of these immigrants is central to the Russian story in the U.S.

With beleaguered Russian peasants eager to oust the czar, Germans fighting against Russians in World War I took political measures to shore up the help. While Bolshevik leader Vladimir Lenin had been in exile in Switzerland, German leadership fed the Russian revolutionary flames by providing passage back to the Motherland in April 1917. In October, Lenin and the Bolsheviks had seized power in the country.

Anarchist and Bolshevik agitators played their own part in destroying the Russian Army’s ability to fight. Many anti-war radicals, along with the Bolshevik leader, Vladimir Lenin, were ferried home from exile in Switzerland in April 1917, courtesy of the German General Staff (which had spent roughly 30 million marks trying to create disorder in Russia by the end of 1917).

Known as “White Russians”—alluding to their opposition to the “red” Soviet state—around 30,000 of the more than 2 million who escaped the Bolshevik Revolution made their way to the U.S. These Bolshevik escapees formed Russia’s aristocratic and professional classes and were often targeted in the anarchy and destruction that gripped the country from 1917 until 1921.

The U.S government welcomed White Russians with open arms. Interestingly, however, Russian immigrants who had come to the U.S. previously didn’t feel the same way toward their native countrymen. As the established immigrants saw it, it was the aristocratic class that was now forced to flee the country who had previously acted as oppressors to Russian commoners.

With many of these immigrants characterized as officials who had worked in the czarist governments as well as  aristocrats, industrialists, teachers, lawyers, military professionals and clergy, the Bolshevik wave of Russian immigrants often gravitated toward large cities. These included New York, Philadelphia, Chicago, Boston and San Francisco.