Newsletter April 2011 – The View From Down There: Immigration Reform at the Federal Level 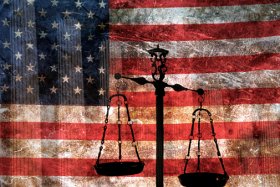 IN THIS ISSUE
Global Entry: Making It Easier for U.S. Citizens and U.S. Permanent Residents to Travel
Georgia On My Mind
The USCIS No Longer the INS
The Faces of US Immigrants: Vladimir Nabokov
Recipes from the Melting Pot: Flan with a South American Twist

The View From Down There: Immigration Reform at the Federal Level

Recently, President Barack Obama hosted a White House meeting of elected officials and experts on immigration, revisiting a key 2008 campaign promise to begin to tackle Immigration Reform. While some may have considered this a summit just for show, especially with the 2012 elections around the corner, it was still the restart of the a dialogue concerning Immigration Reform. But Republicans in Congress basically stated any bill that even talks about amnesty or legalization for millions of illegal immigrants already living and working in the United States is dead in the water before it ever makes it to a congressional committee.

United States Representative Lamar Smith (R-TX) is against any bill that will include a path to citizenship to illegal immigrants, stating that “Any form of amnesty will only encourage more illegal immigration.” His colleague, Rep. Dan Lungren (R-CA) concurred and he too believes that any form of legislation that discusses or hints of a path to citizenship for illegal immigrants is “… not going to pass.” Lungren and Smith though do believe that a bill that would require all employers to use the government’s employee verification program, E-Verify, and would include the improvement of the guest worker program, could have a promising future.

Utah recently passed legislation that would offer work permits to undocumented individuals. The main idea behind this, besides strengthening their economy, was to avoid a humanitarian disaster, where families would be torn apart, especially those that have children that were born in the United States, if undocumented workers were to be deported en masse. By offering work permits to those individuals, the state would not only help their future economic outlook but it would also create the ethical approach that other states would use as a template to work from. Now, if that is what Reps. Lungren and Smith have in mind, they should contribute to the discussion with regards to immigration reform. But I doubt it. Too many times have Republicans believed in one thing and that changed their minds when it came time to vote for a bill. A very good example is the recently passed Healthcare Bill. Every time that it was amended to satisfy a Republican concern, there was always something else that they found wrong and at the end, not one Republican voted for it. The same may be true to any “bipartisan” Immigration Reform bill.

With regards to Immigration Reform, there too we find the same thing happening. What happened to Senator John McCain, the once voice for Immigration Reform? In fact, he worked with the late Senator Ted Kennedy (D-MA) to bring a human face to undocumented workers, bringing a sense of humanity to the debate (see S1433, the McCain-Kennedy Immigration Bill). But in 2010, when he was challenged by a Tea Party endorsed candidate in the Republican primaries, Senator McCain ran away from his longtime support for comprehensive immigration reform. I guess when your running for office in Arizona, supporting what is right sometimes may be the wrong thing to do. I for one still have tremendous respect for Senator McCain, especially as a war hero. And I think that when push comes to shove, he will come back and honor the memory of his friend Ted Kennedy, work with President Obama and fight for Immigration Reform because it is the right thing to do and it will be wrong to sit silently and do nothing. But President Obama has to take the lead and not be silent. United States Representative Luis Gutierrez (D-IL) has been justly critical of the President for his inaction concerning Immigration Reform, breaking his 2008 campaign promise to push for legislation that would address the issue of immigration. We hope that President Obama will be more aggressive and convert election rhetoric to tangible legislation that is just and humane.

And to all who are reading this who are legal U.S. permanent residents, if you are eligible to become a U.S. citizen, then start the process now. Fill out Form N-400, Application for Naturalization and get started. The process takes 6 to 10 months but just in time for the 2012 elections. Remember that U.S. citizenship affords you one of the greatest rights that can be bestowed – the right to vote and thus have a voice in Immigration Reform.