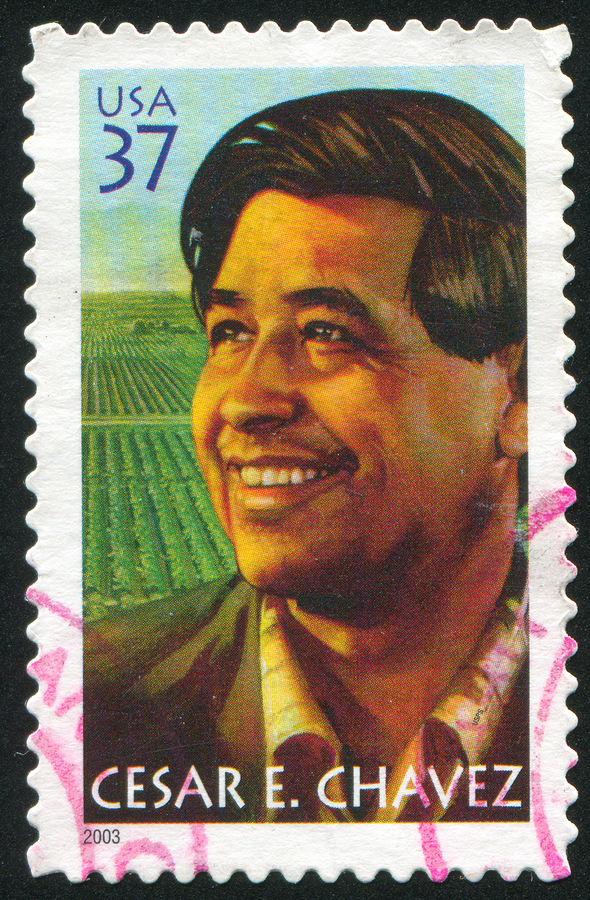 Cesar Chavez is remembered today on International Workers Day as many rallies take place all over the world. Chavez was a man who accomplished what no one before him could: create a union of farm workers in the U.S.

The grandson of Mexican immigrants, Chavez was born on March 31, 1927. He was born in Yuma, Arizona and spent the first decade of his life there. In 1939, he and his family relocated permanently to San Jose, California. He and most of his family worked in the fields of California.

In 1944, Chavez joined the U.S. Navy and served two years. He was married in 1948 and returned to San Jose to raise his family and become an organizer for the Ross organization. His first task was to register voters.

After over a decade as a community organizer, in 1962, Chavez founded the National Farm Workers Association, which would go on to become the United Farm Workers, UFW. His cofounder was civil rights activist Dolores Huerta.

Inspired by nonviolent leaders like St. Francis and Gandhi, Chavez worked tirelessly for the rights of farm workers. His fasts garnered national attention and brought focus to the problems farm workers faced. In 1968, he went on water only for 25 days; in 1972, he did it for 24 days; and in 1988, he did for 36 days.

Chavez also staged rallies, boycotts, pickets and strikes, and he trained farm workers in the UFC so that they could boycott and picket in different cities. Chavez’s strategies are applied today in other community and labor causes.

Cesar Chavez died in his sleep on April 23, 1993 in Yuma, Arizona at the age of 66. One of his famous quotes is the following:

“If you want to remember me, organize!”