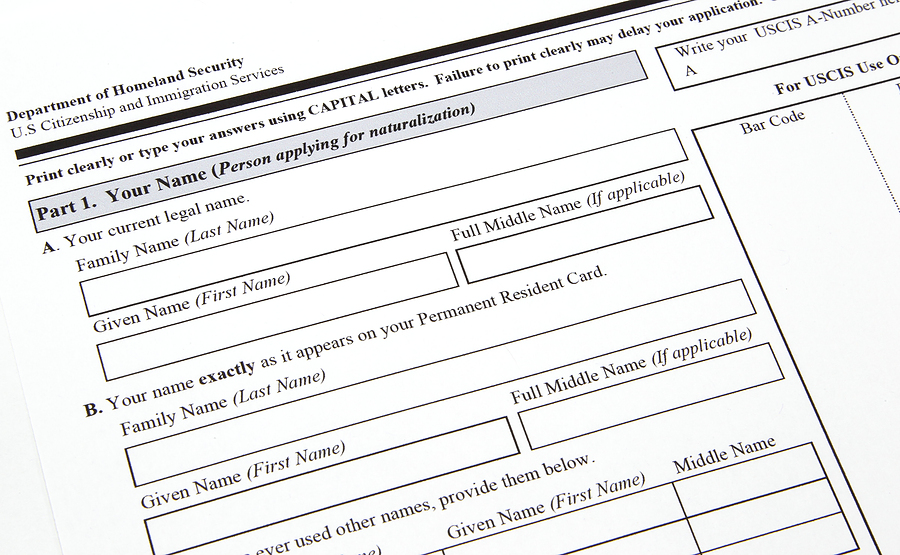 Implementing public comments to improve the application for naturalization required for full U.S. citizenship, U.S. Citizenship and Immigration Service (USCIS) has published a new edition of Form N-400, Application for Naturalization. The changes in the new edition of the form is intended to streamline the paperwork process for customers and to also implement language improvements in instructions around documentation evidence requirement instruction, among other changes.

USCIS introduced its new version of the form on April 13, announcing the revision in a press release. While the new edition is available at uscis.gov/n-400, USCIS is still accepting the previous version of the form– the one published on Sept. 13, 2013– until Aug. 9, 2016  Beginning on Aug. 10, 2016, the agency will process new edition applications exclusively. USCIS will reject and return applications on previous versions of Form N-400.

In the release on the new edition of the form, USCIS describes three specific change:

USCIS posted the original draft of the latest Form N-400 revision on April 9 of last year when it was subjected to a 60-day public comment period. On Sept. 30, the form began a 30-day comment period, which USCIS describes as “numerous.”